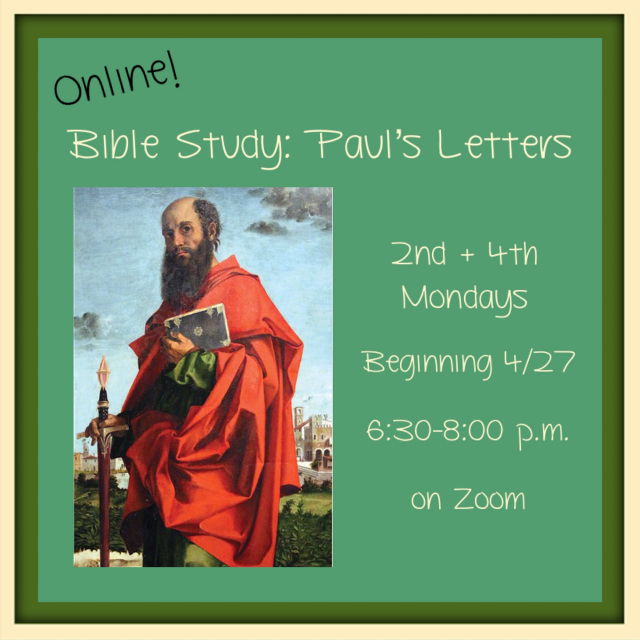 Bible study done via Zoom Meetings and can be accessed by phone or over the internet via a device or computer.

Instructions will be sent upon registration.

Perhaps more than any other figure in early Christianity, Paul stands out as one who catapulted the Gospel-movement to a new level by virtue of his mission to non-Jews. Throughout his missionary travels, Paul established Christian communities all over the known world. The earliest New Testament writings consist of Paul’s letters to these communities to address questions and issues that arose. Unique among Paul’s letters, however, is his Letter to the Romans. In this Epistle, Paul introduces himself and his spirituality to a community he did not establish and hasn’t yet met. We begin our study of Paul’s letters here, getting to know this Apostle to the Gentiles as he would like to be introduced and learn his perspective on sin and the need for Christ's sacrifice, faith, righteousness, baptism, being led by the Holy Spirit and living a Christian life.